President of the “Urartu” University of Practical Psychology and Sociology Sedrak A. Sedrakyan

1990 – Awarded the title of associate professor

2015 – Awarded the title of Professor

2017 – Corresponding Member of the International Academy of Psychological Sciences (Moscow) 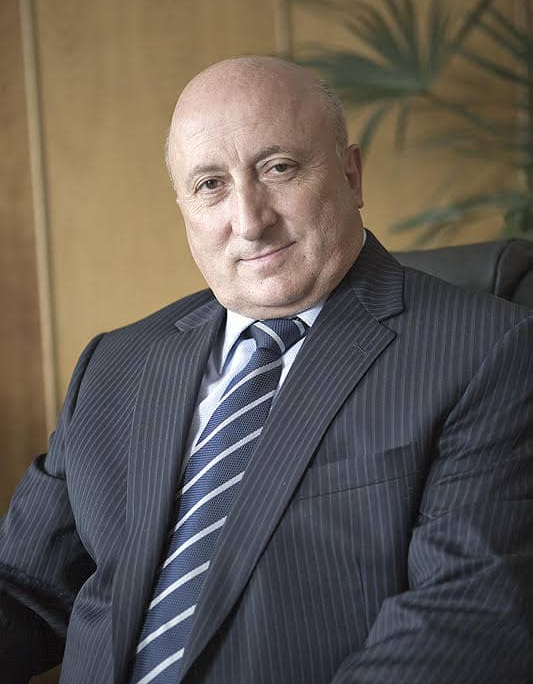 1981 – Graduated from the Institute of Psychology of the USSR Academy of Pedagogical Sciences.

1983-1990 YSU, Deputy Dean of the Faculty of Philosophy, Sociology, and Psychology.

1987 – defended his thesis at the Georgian Academy of Sciences and was awarded the degree of Candidate of Psychological Sciences.

1990 – was awarded the title of Associate Professor.

1990 – completed the training course in Family and Group Psychotherapy in California, USA.

1991 – founded and up to now heads the “Urartu” University of Practical Psychology and Sociology. At the same time, he is the rector and chairman of the scientific council of the university.

1999 – founded the “Association of Practical Psychologists of Armenia” a non-governmental organization and implements a number of programs.

2014 – defended his doctoral dissertation, received the degree of Doctor of Psychological Sciences, and the title of Professor.

In 1990 he was elected a member of the International Council of Psychologists, USA, in 1996 – a member of the French Psychoanalytical Association, France, 1997 – a member of the Canadian Psychological Association. In 1988-1993 he was the head of the “Center of Psychological Service” organized by the Armenian Relief Society of Gyumri for the victims of the earthquake in Spitak. In 1990-1995 he was a member of the Myasnikyan district council of the city of Yerevan, the chairman of the committee on science, education, culture, and youth. In 1999-2002 he worked as a psychologist-psychoanalyst in the Center for the early socialization of children “Green House” founded by the French psychoanalytical organization.

He is the author of about 170 scientific articles, abstracts, teaching aids, monographs. He edited more than thirty professional textbooks, teaching aids, monographs. He was the official opponent of a number of dissertations. Dozens of PhD theses were defended under his supervision. He participated in the International Congresses of Psychologists in Canada (26th Congress, 1996), Sweden (27th Congress, 2000), China (28th Congress, 2004), Germany (2008), at the 4th and 6th European Congresses of Psychology (Greece, 1995, 1996), the 8th Congress of the International Family Therapy Association (Athens, 1996). In 1999 he made a presentation on the French psychoanalyst F. Dolto at an international conference organized by UNESCO in Paris.

In 1990 he delivered lectures for graduate students and faculty at the Department of Psychology and Psychoanalysis of California State University (Los Angeles). In 2004-2005 within the framework of the teacher retraining program, he taught courses for teachers of the Davidian & Mariamian Educational Foundation in California.

Since 2003 he has been the Deputy Chairman of the Council of Rectors of the Association of Accredited Universities of the Republic of Armenia.

Since 2015 he is a member of the board of the RA Ministry of Education and Science.

In 2005 he was awarded the gold commemorative medal of A. Bakunts.

In 2005 thanks to its practical orientation, as well as active educational and scientific activities Urartu University was awarded the Gold Medal of the Presidency of the International Foundation for High-Quality Practical Operations (Sweden).

In 2010 S.A. Sedrakyan was awarded the Gold Medal of the RA Ministry of Education and Science. In the same year, he was named the best scientist of the year.

In 2015, in connection with the 40th anniversary of his teaching career, he was awarded the gold medal of the great humanist, Nobel Peace Prize Laureate Fridtjof Nansen.

2010 – Member of the editorial board of the Armenian Psychiatric Journal.

2015 – Member of the International Academy of Psychological Sciences.

Sedrakyan S. A. Social Psychology of the Family, (in Russian). Moscow, 2011

Sedrakyan S. Professional Competence of Teachers and Administration of General Education Institutions for Teaching Student with Disability as a Technology: Handbook of Research on Students’ Research Competence in Modern Educational Contexts. USA, 2018, p. 455-472:

Sedrakyan S ․ A. Encyclopedic Dictionary of Psychology, (in Armenian). Yerevan, 2021

Next Event starting in: